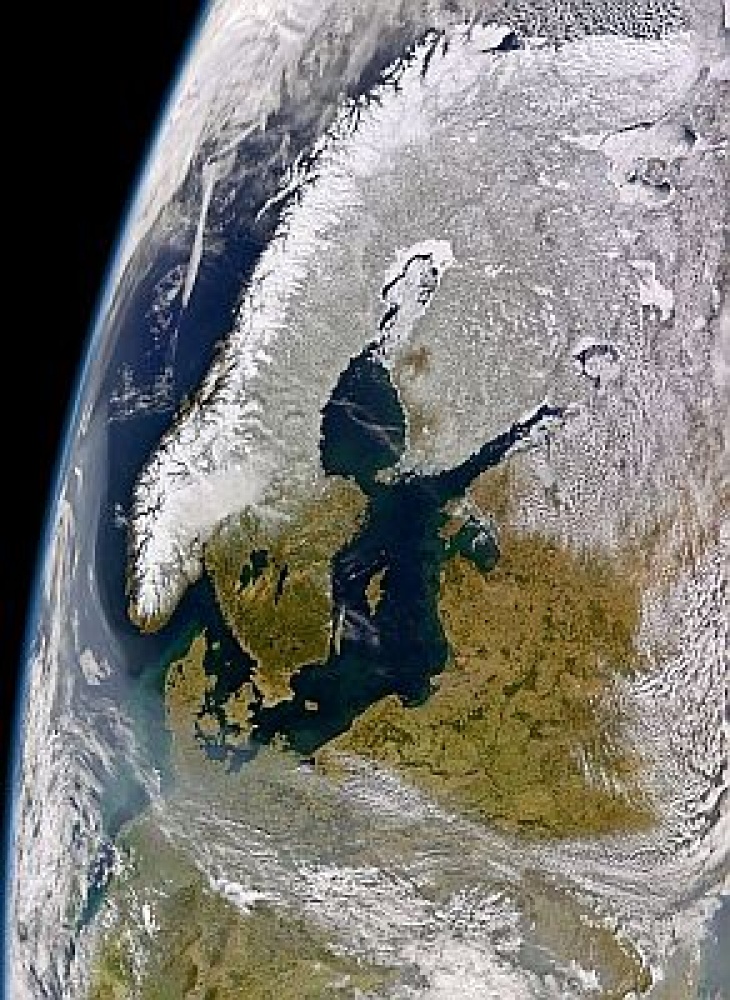 The Baltic Sea drainage basin covers about 20% of Europe, with roughly 85 Million people living at the shores of the Baltic Sea. In the highly populated south, the temperate climate hosts intensive agriculture and industry while in the northern part, the landscape is boreal and rural. The semi-enclosed Baltic Sea has a complex bathymetry, large horizontal and vertical gradients in salinity and extended hypoxic and anoxic bottom areas. The Baltic Sea is characterized by a large freshwater supply from the catchment area, long retention times of water masses and an excess of nutrients entering the sea. With further warming and associated changes in the hydrological cycle, a change in salinity and nutrient status is expected, with consequences for marine ecosystems and their services for human use.

Climate change, as well as other anthropogenic and natural changes in the atmosphere, on land and in the sea, exerts different pressures on the natural and human-shaped environment of the region. These pressures include regional warming, declining sea ice cover, sea level rise, deoxygenation, acidification, changing precipitation and runoff patterns as well as changing frequency of high impact events like storm surges, floods, drought and heat periods. Characterisation of these pressures, and synthesis of the state of scientific knowledge about their causes and impacts, has been a core goal of the BALTEX and Baltic Earth climate change assessments (BACC I and II). It has been shown that the observed environmental changes are often caused by a mixture of interwoven factors, among them climate change and its associated impacts, eutrophication, pollution, fisheries, land cover change and others. Each of these factors has a scientific and a societal dimension, which are often interdependent, and which makes the identification of a single or even dominant factor responsible for the change difficult. Baltic Earth strives to analyse these factors and processes in order to identify knowledge gaps and research needs for the coming years, to provide the scientific basis for management decisions and policy making, and to help finding solutions for the challenges society faces now and in the future. The Baltic Sea region is among the best studied regions in the world from several disciplinary perspectives, with good data availability, and with many scientific and management aspects providing an analogue for comparison to other regions. In this sense, the Baltic Sea region may act as a laboratory for reasoning about similar issues in other regions.

Baltic Earth inherits the scientific legacy and researcher network of BALTEX which ended in June 2013 after 20 years of successful activity (www.baltex-research.eu). Baltic Earth builds on the infrastructure (secretariat, conferences, publication series) and international scientific network of BALTEX (people and institutions) but represents a new, more holistic perspective on the Baltic Sea region, encompassing processes in the atmosphere, on land and in the sea, as well as processes evoked by and feeding back on human activity.

A unifying endeavour that underpins many joint activities of Baltic Earth aims to articulate Grand Challenges for research on issues of fundamental importance for informing the science-based management of the environment of the Baltic Sea region. Building on the tradition of scientific synthesis established during the BALTEX programme with the BALTEX Assessment of Climate Change for the Baltic Sea Basin, BACC 2008 and 2015, Baltic Earth catalyses a research community-wide process to identify the most pressing scientific issues, knowledge gaps and uncertainties and promotes efforts to address them through new studies, collaborations, synthesis and the development of tools. Six Grand Challenges, each associated to a responsible Working Group, will underpin the activities of Baltic Earth in the coming years. Products of Baltic Earth include scientific assessments of specific topics, peer reviewed scientific papers, outreach publications for stakeholders and the public, research projects, workshops, seminars and conferences. Baltic Earth is also committed to capacity building and educational activities with the establishment of regular Baltic Earth Summer Schools. The regular Baltic Earth Conferences in the tradition of the BALTEX Study Conference provide a scientific platform for the exchange of research outcomes and ideas, and constitute a key forum for the identification of new and updated Grand Challenges.

Baltic Earth is an approved Regional Hydroclimate Project (RHP) of theGEWEX Hydroclimatology Panel (GHP). GEWEX, the Global Energy and Water Exchanges project is part of the World Climate Research Programme (WCRP). Furthermore, Baltic Earth strives to collaborate with science communities which have common regional or thematic foci in Europe and the world.

“Products” of Baltic Earth include: 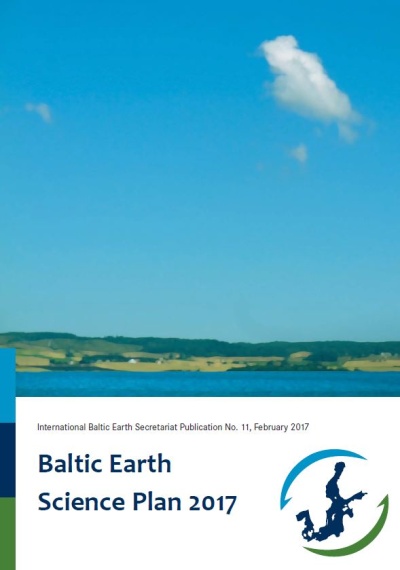